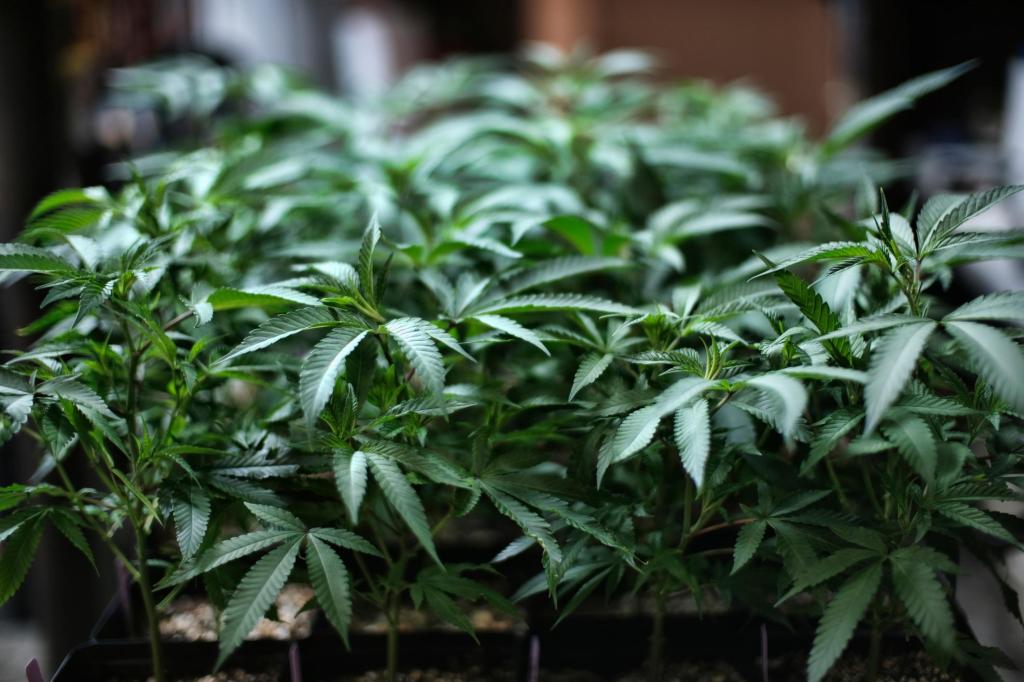 As the five-year process of developing the county’s Cannabis Land Use Ordinance comes to a close, the Yolo County Board of Supervisors held a workshop to discuss the guidelines.

The county has been working on an ordinance since March 2016, when the board adopted the Marijuana Cultivation Ordinance following the enactment of the California Medical Marijuana Regulation and Safety Act.

“We’ve been working on this since our initial licensing ordinance in 2016 or 2017,” Chairman Jim Provenza explained. “We haven’t had this issue before us in awhile, but the staff has been working away, holding public meetings, meeting with just about everybody who has an interest.”

Tuesday’s meeting was for supervisors to learn about changes to the Cannabis Land Use Ordinance and the Early Implantation Report, as well as facilitate a discussion between county staff, supervisors and the public.

The county expects to enact the ordinance on April 9. Once it takes effect, individuals involved in cannabis must apply for a permit.

Heidi Tschudin, a land use planner contracted by the county, gave the presentation to supervisors. She said the ordinance creates rigorous permit processes as well as comprehensive performance standards for permittees.

The new drafted ordinance allows for 132 total permits — up from 78 — including: 95 for cultivation, five for nurseries, seven for processing, six for manufacturing, two for testing, seven for distribution and five for microbusinesses.

Processing, manufacturing and testing are not allowed in Guinda and Rumsey.

Retail cannabis stores are not recommended by the planning commission, but county staff recommended five permits for retail stores. Retail stores are currently only allowed in Davis. Non-storefront retail, such as delivery, has no caps.

Kimberly Cargile, the owner of Yolo County Family Farms and Woodland Roots, along with other companies and retail stores in the region, said that not allowing storefront retail will take business out of the county. She said that many individuals, such as seniors, want to go to storefront dispensaries in order to find the right product for them.

“I’ve been successfully operating professional storefront dispensaries for over 13 years now, and own dispensaries in Sacramento, Davis and Dixon,” Cargile said. “We have thousands of members who must drive 30 minutes to an hour from rural Yolo County in order to access the education and variety of medical products that we offer.”

The ordinance also recommended buffer zones — the space between cannabis growth sites and residential areas — to the supervisors.

County staff recommended growth sites to be 600 feet from public parks, licensed day cares, recognized places of worship, public or private schools, licensed treatment facilities, licensed youth centers and homes. Growth sites near homes on agricultural parcels would be either 600 feet from buildings, or 200 feet from a parcel of land.

The county Planning Commission disagreed with staff on homes in residential and ag areas. Commissioners recommended growth sites be 1,000 feet away from both.

Residents expressed concerns regarding odor that comes from growing parcels. Tschudin explained that the Planning Commission has worked to address odor, which she describes as “a very complicated externality to measure.” The commission has hired odor consultants, who found that a buffer of 500 to 1,000 feet is ideal.

During public comment, Eileen Samitz noted that crime may also occur due to increased cultivation as people may attempt to steal marijuana plants, and she advocated for the largest buffer possible.

“The reality is, it’s not only the odor issue, which is particularly in hot weather and downwind would create enormous problems for neighbors,” Samitz said. “But I mean the reality is, we have to be honest there is gonna be crime intrusions on these sites.”

Susan Pelican owns a farm just west of Woodland with 320 acres. One of those acres includes cannabis. She noted the importance of outdoor farming and the need for cultural shifts when it comes to marijuana.

“Our cannabis is as much agriculture as our sheep,” Pelican said. “The days of reefer madness need to come to an end.”

The next meeting for the adoption of the Cannabis Land Use Ordinance will add final touches to the draft document, and supervisors are expected to tentatively approve the ordinance, with final approval on March 9.