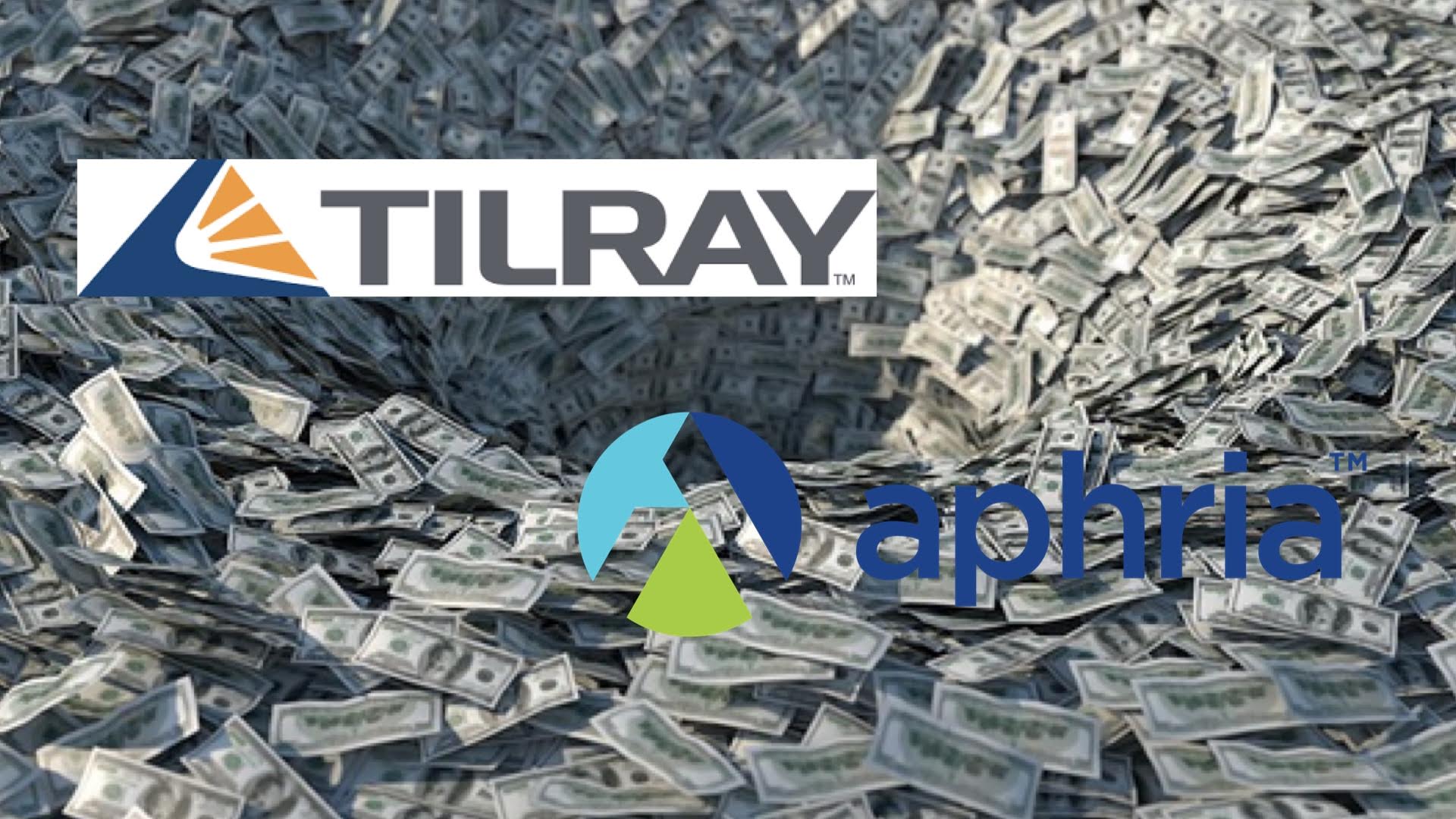 CANNABIS CULTURE – Corporate Cannabis firms Tilray and Aphria have announced they will merge.

The result will be the largest licensed producer on the corporate cannabis scene — and market watchers are skeptical whether this will be a net-positive for the industry or yet another money pit.

Tilray reported a loss of over $250 million in 2020 according to the report it filed with the Securities and Exchange Commission.

Tilray CEO Brendan Kennedy did not comment when questioned about how the company plans to do things differently after the merger.

The merger is expected to be finalized at the end of the second quarter (June) of 2021.

The decision is pending the approval of shareholders, the courts and regulatory commissions of Canada, Germany, and the United States. “Until the transaction closes, Tilray and Aphria will continue to operate independently,” said Kennedy in an email exchange.

When the deal is completed, the merged company plans to save $100 million over the next 24 months. However BMO analyst Tamy Chen, in a report stated about the savings, “conceptually it is feasible to achieve but there is execution risk given the complex transaction.”

Since their introduction to the Nasdaq, Tilray’s stock has dropped over 96%.

CEO Kennedy declined to comment when asked how shareholders can keep faith in the company.

Cannabis is still federally illegal in the United States, but many, including Simon are optimistic about the future.

In an interview with CNBC, Simon said, “I think politicians got to listen to what consumers want.”

Neither company has a US-based cultivation license, but they each say they own “strategic pillars” that will be useful when they decide to move forward.

However, Chen believes achieving dominance in the US is harder in practice. “Tilray’s Manitoba Harvest platform and Aphria’s recently acquired US craft brewer SweetWater are not as direct of pathways to US cannabis as the MSO model and we believe upon federal legalization, would take time to extend into US cannabis.”

In Europe, the Combined Company plans to use Aphria’s Germany-based medical marijuana facility as its main distributor, which will be supplied by Tilray’s 2.7 million square foot cultivation and production facility in Portugal. Chen is cautious about the company’s transatlantic aspirations, “with respect to meaningful growth.”

The new Chairman and CEO will be Aphria CEO Irwin Simon.

Simon will be leading a nine-member board of directors pulled from the current Aphria and Tilray boards, including Kennedy. They plan to have offices in the United States, Canada, Portugal and Germany.

The Combined Company will be listed in stock exchange as Tilray Incorporated (Nasdaq: TLRY). Aphria shareholders are to receive 0.8381 shares of Tilray stock for each Aphria share they own. Tilray stockholders will continue to hold their shares at the value that they are set at.

The Combined Company will be valued at US$3.9 billion, making them the largest global cannabis company.

Canopy Growth announced they will close some of their Canadian sites — leaving 220 employees laid-off just before the holidays.

Aurora Cannabis, another competitor, announced layoffs of more than 200 employees. .