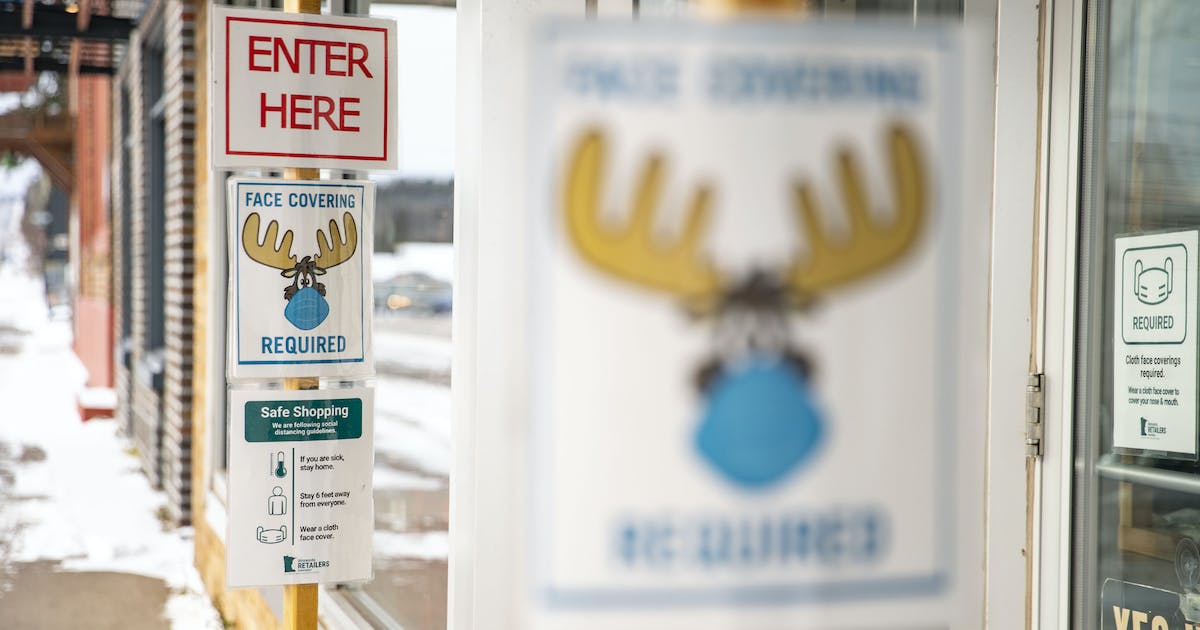 A recent letter writer took Gov. Tim Walz to task for “treating rural Minnesota the same way as the seven-county metro area” (“Outstate is not the metro,” Readers Write, Dec. 21). To illustrate her point, she contends that the current restaurant closure restrictions are overly burdensome to small-town restaurants. Her letter ends with, “The DFL better wake up and realize it is different in the outstate areas.”

I agree with that statement, but I suspect not for the same reason. According to the Minnesota Department of Health weekly COVID-19 report from Dec. 17, more than 20 of the top Minnesota counties with the highest COVID case rates per 10,000 residents are outstate counties. As for testing, out of the 18 counties with the highest positivity rate, 17 are non-metro counties. So yes, it is different in the outstate area: The pandemic is much worse in the rural counties. The metro area looks pretty good comparatively. Maybe “treating rural Minnesota the same way as the seven-county metro area” is the kindest thing Gov. Walz can do.

Would somebody please explain to me what Gov. Walz is gaining from closing businesses? Letter after letter being submitted to this page talks about how the governor is killing businesses. Yes, I get it. People have worked so hard to establish a business, they are part of a community, they provide jobs. I get it. What I don’t understand is the wrath shown toward our elected officials. What do people think Gov. Walz and other state officials gain from these restrictions? Is this a good political move, will this get him re-elected? What is it people think he gains from making these decisions?

I personally think this is as bad as it gets for our public officials. Public health or a healthy economy? Saving lives or saving businesses? How can he win? I feel this man has many sleepless nights because there isn’t an easy answer. At the beginning of all this we saw signs that said we will get through this together. There were hearts in people’s windows. We are now tired, sad and we all want it to end. I want it end. I know Gov. Walz wants this to end.

A Tuesday letter writer cited a colored map showing our border counties in red for terrible rates of COVID cases. He defended Gov. Walz and closed his piece by contrasting our states’ patchwork of policies with the sensible, national policy of Canada. It’s not quite that simple.

Canadian provinces actually have different policies, but they have national leadership that follows scientific advice and inspires a unified sense of sacrifice. Their national population density is less than in the U.S. Canada also has single-payer health care and better reimburses citizens and small businesses for their losses. They also maintained their readiness for this predicted tragedy.

President Donald Trump dismantled our pandemic preparedness, ignored science and politicized our response. The U.S. also has decided instead to spend a huge portion of its budget on the military and subsidize billionaires and fossil fuel industries. And it has allowed health care to become obscenely profitable while citizens die in poverty.

While Gov. Walz has done the best he can, our national pandemic response was kneecapped beforehand by inept leadership and grotesquely distorted national priorities.

I used to use it. It shouldn’t be legal.

After reading some articles and opinions on legalizing marijuana, I’m moved to support George Realmuto’s position from Tuesday’s Opinion Exchange (“The case for pot is based on pipe dreams,” Dec. 22). In high school in the mid-’70s, I started using marijuana. Smoking pot made me feel good and eased the anxiety and deep pain I experienced from childhood trauma, although I wasn’t fully conscious of the depth of the pain at the time. In 10th grade I was smoking daily and built up a tolerance, so began using more. Eventually I started to become paranoid when I smoked pot so I moved on to harder drugs. Eventually, due to the intervention of a higher power, I went to my high school counselor and confessed to my usage. He must have seen the pain I was in and arranged for me to meet with a drug treatment counselor. I was admitted almost immediately to an inpatient program.

I do not support legalizing marijuana and understand marijuana is much more potent than in the past. Instead, we need to fund early childhood supports for both children and parents who need extra help in learning parenting skills. And we need to provide a support system and safety net for parents. Now is the time to invest not only in education, but in educating ourselves and our children to understand how to healthily deal with feelings and needs as they arise. Think Mr. Rogers, with more depth, regularity and systemic supports mixed together. This is what I can support.

If Al Milgrom was the “Godfather of the Minnesota film scene” (front page, Dec. 23), I was honored to be one of his godsons. Let me share an Al Milgrom story.

While teaching investigative research at Film in the Cities in the early ’80s, I started working with a group of returning Vietnam vets on a documentary on Agent Orange. With the 16 mm production class, we shot a few interviews with veterans and their families and knew we had something powerful. But nobody would fund this production because it was too controversial. As a young filmmaker, I was depressed and ready to give up when a colleague said I should talk to Al Milgrom. I met him at Al’s Breakfast in Dinkytown on the provision that I picked up the check. He basically told me that I should stop feeling sorry for myself, start using my creativity on fundraising and try to find a recognized person who had a personal interest in Agent Orange. He also told me there were film professionals in the community who might be willing to offer in-kind services. He gave me some names and I got back to work. I was able to get Martin Sheen as the narrator for the film, a young musician named Larry Long to do the music, and a variety of film industry folks to help me finish the film. It helped launch my media career.

Al was right. I just needed a someone to say, “If you believe in what you are doing strongly enough, you can overcome any obstacles.” Al helped a lot of filmmakers like me over the years. He was still working on unfinished films and new grants when he passed. What a guy! He will be sorely missed.

If you can find a bright side, enjoy it

An online discussion garnered more responses than any other I have seen to the following question: “What’s positive about the pandemic?” They included these: slowing down, connecting more with others via FaceTime and Zoom, more time with fur family, tackling a long-planned project, more time for hobbies, ending a relationship that caused unhappiness, cousins using e-mail to collect old memories from remote lake cabins, opportunities to find out “what and who I want to be when I grow up,” time for landscaping, time to think, “Pajamas! Just all-day pajamas,” increased support for universal access to broadband, introverts appreciating isolation, and on and on. One post announced that the discussion had prompted him to retire!

Those of us who can appreciate the pandemic are very, very lucky indeed when so many are hurting, and thinking positive thoughts is good for our mental health, among other things. We can best afford to help others, so let’s reach out, give generously and remain aware.

We want to hear from you. Send us your thoughts here.