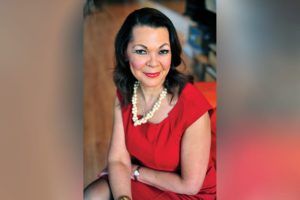 (This story appears in the November-December issue of Marijuana Business Magazine.)

Linda Mercado Greene, co-founder and CEO of Anacostia Organics, was already a successful businesswoman and a veteran political strategist when she decided to enter the medical marijuana industry in Washington DC with two friends, Sherri Blount and Yolanda Caraway.

Launching Anacostia Organics in January 2019 was years in the making. But the three women were faced with disparities in the licensing process and had difficulty getting access to capital, said Mercado, who served as chief of staff to former District of Columbia Mayor Marion Barry and founded the Linda Greene Group, a public relations company.

Mercado said she and her business partners received offers for capital, but investors wanted to run the operation or have a big stake in the company. It was an angel investor who finally provided funding.

“They weren’t asking for ownership,” she said of ultimately accepting the investor’s terms.

Funding wasn’t the only obstacle. Mercado and her friends found that all the cultivation licenses had gone to men—some of them from outside DC—and almost none had gone to minorities. Mercado and her partners took their findings to the city, drafted emergency legislation on their own and got approval for regulators to reopen the licensing process and ensure parity.

Before Anacostia Organics opened, there were no dispensaries in Washington DC’s Wards 7 and 8, among the poorest areas in the city and where 25% of medical marijuana cardholders live, Mercado said.

Mercado, who spoke at MJBizCon’s Passholder Days (available on demand), shared with Marijuana Business Magazine the challenges of her journey to becoming a dispensary owner.

What was the most difficult hurdle you overcame when you started your business?

I can’t begin to tell you how many investor groups said they were interested and they wanted to back us and they wanted us to succeed. But I can honestly tell you that we turned them all down because they were demanding high percentages of our company. They wanted control of the company and just wanted us to have a small portion and be a figurehead.

It took us a couple of years. And then, while I was speaking to some friends one day, they said, “I think I have somebody for you.” And they introduced us to an angel investor.

The next hurdle was finding a building to lease since cannabis is still federally illegal.

And the third was gaining the support of my community, which was difficult because of a lack of education about medical cannabis versus street drugs and their effects.

What do you see as your business’ mission?

My dispensary is located in the most underserved ward in DC with residents who are riddled with health disparities. Since I live in the community where we operate the dispensary, my primary mission is to make high-quality cannabis medications accessible and affordable for my neighbors. Until Anacostia Organics opened, my neighbors had no choice but to travel all the way across the city using public transportation or car-share to obtain their medicine.

Further, it is extremely hard for minorities to enter the cannabis industry. Therefore, I made a commitment to hiring employees from my community to teach them the industry and be a gateway for them to become entrepreneurs.

In addition to running your own company, you belong to a number of cannabis trade associations, including one where you chair a task force on diversity and inclusion. Can you explain what the group does?

The DCCTA will be much more inclusive, allowing ancillary businesses and medical-referring professionals to join.

I served on the Board of the Minority Cannabis Business Association for three years, and I served on the executive team of the Cannabis Trade Federation (CTF) until recently. I am still involved with CTF as chair of the Diversity, Equity and Inclusion Task Force, which consists of the top civil-rights and minority industry leaders in our country. The CTF Board has asked us to create platforms that the board and the members of CTF will adopt to create an industrywide policy and a diversity, inclusion and equity assessment toolkit.

What was the most important lesson you learned running a business during COVID-19?

Patience, understanding, compassion and trust. The reality of me being the owner of a medical business that provides medications to patients who lost their jobs, who lost family members, who are already stressed due to economic issues, child care, racial disparities, health disparities and violence hit me hard.

As contagious as this virus is, we were thankfully deemed essential by Mayor Muriel Bowser, meaning we could remain open seven days a week. The mayor allowed us to have online preordering, curbside service and home delivery.

Many of our patients still come to the dispensary because we are family and we are some of the only people they can see or have any contact with. It’s been a very sobering and gratifying experience for the AO staff and me.

What cannabis industry trends do you see coming in 2021?

I believe the market is going to open up with more legalization of medical and adult-use cannabis in the various states, regardless of the political party in power.

Interstate commerce may also be realized. The tax revenue generated from legalizing cannabis will be phenomenal.

Also, banks will be able to service us through passage of the SAFE Banking Act.

Finally, I believe we will see much more minority ownership and participation in all aspects of the industry from operating licenses to contractual ancillary services.