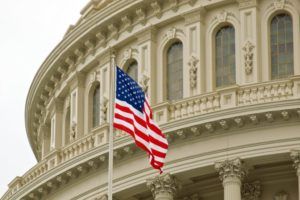 Learn more about the state of the marijuana industry at MJBizCon 2020.

The U.S. House of Representative is scheduled this week to take up legislation to legalize marijuana federally, a landmark step that could mark the first time a full congressional chamber has voted to end the federal government’s MJ prohibition.

The Marijuana Opportunity, Reinvestment and Expungement (MORE) Act would remove marijuana from the federal Controlled Substances Act and open up the industry to multibillion-dollar business opportunities and interstate commerce over time.

But a yes vote would be largely symbolic unless Democrats win control of the U.S. Senate through two runoff Senate races in Georgia on Jan. 5.

Even if the Democrats sweep the Georgia runoff, many believe it’s unlikely the Senate – which generally has older and more conservative members – would pass such a measure in the next legislative session.

Lawmakers are scheduled to debate and possibly vote either Thursday or Friday on the MORE Act, according to a schedule released by the office of House Majority Leader Steny Hoyer, a Democrat from Maryland.

“By advancing the MORE Act, the House of Representatives sends an unmistakable signal that America is ready to close the book on marijuana prohibition and end the senseless oppression and fear that this failed policy wreaks on otherwise law-abiding citizens,” NORML Political Director Justin Strekal said in a statement.

“Americans are ready to responsibly legalize and regulate marijuana, and this vote shows some lawmakers are finally listening.”

U.S. Rep. Earl Blumenauer, an Oregon Democrat and founder of the Congressional Cannabis Caucus, noted the vote comes as national support for federal cannabis legalization is at an all-time high, and follows a clean sweep for marijuana ballot initiatives in both conservative and liberal states during the Nov. 3 election.

Congress “must capitalize on this momentum,” Blumenauer said in a statement.

The House Judiciary Committee advanced the bill a year ago in a groundbreaking vote.

The full House had been scheduled to vote on the MORE Act in September, but leaders abandoned that effort after moderates expressed their displeasure that lawmakers would vote on marijuana legalization before a COVID-19 relief bill.

In addition to legalizing marijuana federally, the MORE Act would:

As currently written, the MORE Act would impose a 5% federal retail sales tax on marijuana products, with revenues targeted to individuals and businesses in communities most harmed by the war on drugs.

The revenue, among other things, would go to job training and small-business loans, with the goal of reducing barriers to marijuana licensing.

Many lawmakers have expressed concerns that the state-legal marijuana industry increasingly is being controlled by large multistate operators and wealthy, mostly white males.

Several Washington DC-based lobbying groups and trade associations have predicted that the MORE Act could pass the Senate, but only if Democrats control the upper chamber by winning both Senate runoff seats in Georgia.

“If the Democrats do a clean sweep, then descheduling with interstate trade is definitely within the realm of possibility,” Randal Meyer, executive director of the Global Alliance for Cannabis Commerce, predicted in October.

President-elect Joe Biden, however, has been a reluctant supporter of marijuana, and the Democratic Party platform supports rescheduling marijuana, rather than removing it entirely from the federal Controlled Substances Act.

At the same time, the platform does call for legalizing medical cannabis.

As of Monday, the MORE Act had 120 co-sponsors in the House – up from 87 since late last summer – but only one of those is a Republican, Matt Gaetz of Florida.

Jeff Smith can be reached at [email protected]