This is a copy of the May 12th edition of our weekly Newsletter, which we have been publishing since October 2015.

“The next Tilray”. This was a phrase we heard a lot last year after Tilray went parabolic, rising from its $17 NASDAQ IPO price to as high as $300. While anyone who grabbed shares in the IPO or immediately afterwards experienced tremendous gains in the early trading, this hasn’t been the typical experience for investors in the cannabis space buying new stocks. Take, for example, the recent busted IPO of Greenlane (NASDAQ: GNLN), which came public as a true IPO at $17 (like Tilray) last month only to fall as low as $12.90 just two weeks later after trading initially as high as $29 on the opening trade on April 18th.

Our observation is that many new cannabis stocks don’t trade very well initially, and we think that this shouldn’t be that surprising. While Tilray created a very unique situation in which the entire tradable float initially was limited to just the few shares that were sold as the first NASDAQ IPO for a cannabis company (10.35 million shares out of a total of about 93 million Class 1 and Class 2 shares), this isn’t typically the case. Most companies come public through reverse-merger, and there are several sources of stock for sale that go beyond the typical pre-public capital raise. These can include shares issued to the investors in the publicly-traded vehicle, shares sold by the company before the go-public transaction and warrants and options. It is the existence of these cheap and freely tradable shares that can make it difficult for a new cannabis stock to trade well.

When GrowGeneration (OTC: GRWG) went public through the S-1 process in late 2016, it began trading above $2, a substantial premium to the $0.70 private-placement round. Additionally, many investors held $0.70 warrants. Consequently, while the stock never traded down substantially, it was confined to a trading range for quite some time while early investors cashed out.

Of course, investors who sat through a very dull first year were rewarded in early 2018, when the stock traded as high as $20, but, having seen many examples similar to this, we conclude that being aware of the dynamics of potential supply of stock can help investors with their timing.

By any measure, SLANG Worldwide (CSE: SLNG) (OTC: SLGWF) has been a success since it began trading earlier this year after conducting a true IPO. Still, those that chased it in the early days saw a big decline despite the overall market being quite strong: 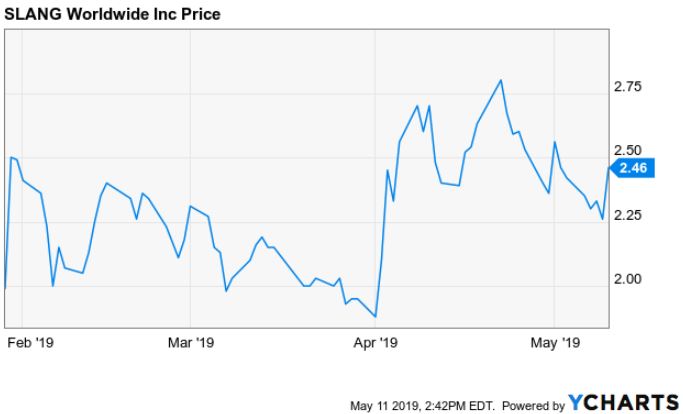 The stock closed at C$2.50 the day after it debuted on January 29th before closing as low as C$1.88 on April 1st. During that time, the overall market advanced 13% as SLANG Worldwide dropped 25%. What did the early investors buying after it went public miss perhaps? The IPO of 44 million shares took place at C$1.50 but also included 22 million warrants at C$2.25, so paying C$2.50 was already risky, as there was lots of potential profit taking. Additionally, a review of the prospectus indicated that the company had sold shares with warrants at substantially lower prices less than a year before going public. The public float on day 1, according to the Filing Statement, was 60 million shares out of 92.4 million non-diluted common shares.

A red flag for new stocks is stock promotion. Some desperate companies are spending hundreds of thousands of dollars in aggressive campaigns to drum up interest in their stocks. Here, it is especially important for investors to see through these actions, as the companies doing this often have early shareholders looking to cash out as new investors buy in. Here is a real example of what this looks like: 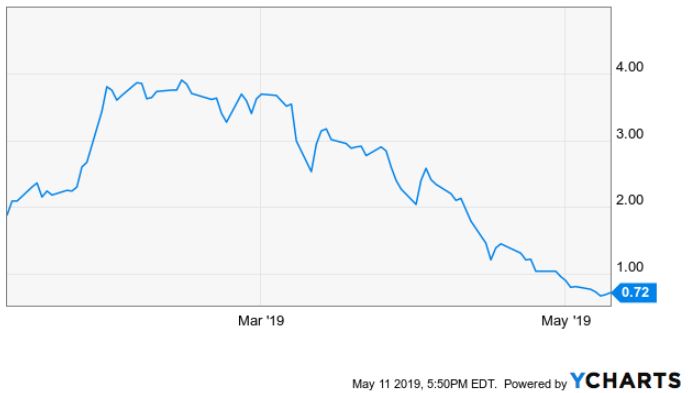 While the stocks of new companies can face some technical challenges, as we have explained, some do work quite well, especially over longer periods of time. In general, we think investors should be careful to understand the share structures and the historical sales prices of equity prior to the company going public in order to avoid a poor entry into new cannabis stocks. Many of the MSOs in the U.S. are going public with very tight floats, which can lead to spikes in prices initially due to the demand overwhelming the supply of shares. Additionally, we think that there is an opportunity for investors who are able to sense when a new issue has reached an equilibrium, with the current price reflecting the potential for all who would like to sell a stock to be able to do so. Sometimes this means waiting for a lock-up to expire or for a secondary offering, while at other times it just means tracking the trading volumes to see if they reflect that the float has normalized.

We think investors are well served to understand these dynamics, especially as the number of publicly-traded companies continues to expand.

As Latin America is emerging as a new key player in the Medical Cannabis and CBD industries, the Cannabis Business Latin America Conference on June 25th and 26th at the Hotel Courtyard in Santiago, Chile is the premier Latin American event with the most complete agenda providing in-depth analysis and overview of opportunities and best practices in the region.

Join 100+ leading companies and speakers to find out what everyone is talking about. Reserve your ticket quickly to qualify for a special 30% discount just for New Cannabis Ventures readers by using the code NCV2019.

New Cannabis Ventures publishes curated articles as well as exclusive news. Here is some of the most interesting business content from this week:

Use the suite of professionally managed NCV Cannabis Stock Indices to monitor the performance of publicly-traded cannabis companies within the day or over longer time-frames. In addition to the comprehensive Global Cannabis Stock Index, we offer a family of indices to track Canadian licensed producers as well as the American Cannabis Operator Index.

Stay on top of some of the most important communications from public companies by viewing upcoming cannabis investor earnings conference calls.

Find your place in the cannabis industry by visiting our Careers and Jobs Page and learn which companies are hiring aggressively.

Based in Houston, Alan leverages his experience as founder of online communities 420 Investor, the first and still largest due diligence platform focused on the publicly-traded stocks in the cannabis industry. With his extensive network in the cannabis community, Alan continues to find new ways to connect the industry and facilitate its sustainable growth. At New Cannabis Ventures, he is responsible for content development and strategic alliances. Before shifting his focus to the cannabis industry in early 2013, Alan, who began his career on Wall Street in 1986, worked as an independent research analyst following over two decades in research and portfolio management. A prolific writer, with over 650 articles published since 2007 at Seeking Alpha, where he has 70,000 followers, Alan is a frequent speaker at industry conferences and a frequent source to the media, including the NY Times, the Wall Street Journal, Fox Business, and Bloomberg TV. Contact Alan: Twitter | Facebook | LinkedIn | Email

Get Our Sunday Newsletter